A must for readers and writers of thrillers:

“A group of researchers at the Center for Applied Criminology at Birmingham City University in the U.K. has recently analyzed newspaper articles, court records, and a series of “off-the-record” interviews with informants “who have, or who had, direct knowledge of contract killings” in order to construct what they term a “typology” of British hitmen.” …
“The main thrust of the paper, which will be published in the Howard Journal of Criminal Justice, is that hitmen do not operate with the drama, professionalism, or glamour that mob films and spy novels afford them. In actuality, the majority of killers select jejune settings for their crimes, have occasionally bumbling performances, and are often hired by contractors with lame motivations.”
“Here’s the profile of an average British hitman, who seems more confined by the boxy restraints of reality than the undulating arcs of fiction:”
“He kills on the cheap. The average asking price was £15,180. It was £100,000 at the highest level, and a teenager was shafted with £200 at the low end.” …
“The weapon of choice was a firearm.” …
“Most of the killers were working on first-time contracts, meaning there weren’t many long-distance snipers taking shots from towers.” …

READ MORE: http://www.psmag.com/navigation/politics-and-law/how-hitmen-operate-73430/?utm_source=feedburner&utm_medium=feed&utm_campaign=Feed%3A+miller-mccune%2Fmain_feed+%28Pacific+Standard+-+Main+Feed%29
Posted by Unknown at 16:13:00 No comments:

“In genre fiction, it’s not like that. People usually begin their careers by having their writing rejected by their undergrad creative writing professors. Then (since they don’t get paid by MFA programs), they must write in silence and obscurity—choosing to write even when it means taking time away from their jobs and their families—for years! Since genre workshops tend to be self-organized, even if the writer does go to a regular workshop, their validation usually only comes from their peers (rather than from authority figures). Oftentimes their first real validation is when they sell a story: something that often comes after five or more years of constant rejection, with only extremely infrequent pats on the back (as opposed to the creative writing student who gets some praise at least three times a semester, when they turn in their stories for workshop)."

From: http://blotter-paper.com/2014/01/22/why-you-should-hate-the-creative-writing-establishment-as-if-you-needed-any-more-reasons/
Posted by Unknown at 16:11:00 No comments:

“A recently lecturing Englishman is reported to have noted the unenviable primacy of the United States among countries where the struggle for material prosperity has been disastrous to the pursuit of literature.”
“(I don’t want to get to obtrusive with the ol’ triple-parens here, but let me rephrase that for you, as a kind of push-start: British critics think that American writers are a bunch of trashy, dollar-obsessed sellouts. Not a new idea!)”
“He said, or is said to have said (one cannot be too careful in attributing to a public man the thoughts that may be really due to an imaginative frame in the reporter), that among us, “the old race of writers of distinction, such as Longfellow, Bryant, Holmes, and Washington Irving, have (sic) died out, and the Americans who are most prominent in cultivated European opinion in art or literature, like Sargent, Henry James, or Marion Crawford, live habitually out of America, and draw their inspiration from England, France, and Italy.”

Read more: http://www.wired.com/beyond_the_beyond/2013/12/american-literature-in-exile-by-william-dean-howells/
Posted by Unknown at 16:10:00 No comments:

“Authors tend to write more miserable books about 10 years after an economic downturn, a study has claimed.”
“Researchers compared the number of times certain words appeared in more than five million books to certain periods in American and British history. They found that the frequency of words expressing sadness reflected the economic conditions in the 10 years before a book was written.”
“The results suggest quite clearly that, contrary to post-modern literary theory, literature serves a purpose. It informs people about the human condition, and the content adapts to the conditions of the time.”

From: http://www.telegraph.co.uk/culture/books/booknews/10559375/Economic-downturns-fuel-sad-books-claims-study.html
Posted by Unknown at 16:08:00 No comments:

“Ten reasons why reading good books is a key to success:

* Reading good books has the side effect of inducing feelings of optimism, peace of mind and desire.
* Self-help books and success literature encourage you to focus your viewpoint on the future and not dwell in the past.
* When you read personal development books you get inspired and want to set new goals for yourself.
* Reading about success and successful people gives you something to aspire to.
* The stories and lessons found in many books provide hope that there is always something better waiting in your future.
* Some books will encourage you to imagine and picture what you want for your career and your life.
* Good books open your mind to new ideas and ways of looking at things.
* Books can teach you how to relate to and lead others in more positive and productive ways.
* Reading can increase your value to your employer and your profession.
* Books will open more doors to opportunity, growth and success in all areas of your life.”

Near Literary Abortions – Books and writers that almost were not published

Publishers and literary agents do not always know better. Here are some books / writers that almost did not become published:

“Not only does this bog down in the middle, but the author tends to stay too long with non essentials. He seems to have little idea of pace, and is enchanted with his words, his tough style, and that puts me off badly.” Re: The Ipcress File, by Len Deighton.

“Things improve a bit with the rebuilding of the village but then go to hell in a hack at the end. Perhaps there is a public that can take all this with a straight face but I’m not one of them.” Re: Welcome to Hard Times, by E.L. Doctorow

“It does not seem to us that you have been wholly successful in working out an admittedly promissing idea.” Re: Lord of the Flies, by William Golding.

“A duller story I have never read. It wanders a deep mire of affected writing and gets nowhere, tells no tale, stirs no emotion but weariness.” Re: In the Cage, by Henry James.

The novel is “… rather discursive and the point of view is not an attractive one.” Re: A Portrait of the Artist as a Young Man, by James Joyce.

“I’m sorry, Mr. Kipling, but you just don’t know how to use the English language.” Re: Untitled work by Rudyard Kipling.

“You’re welcome to le Carre – he hasn’t got any future.” Re: The Spy Who Came in From the Cold, by John le Carre.

“… superficial and unconvincing. I do not see this book as a very well told story on any level.” Re: The Assistant, by Bernard Malamud.

“It is impossible to sell animal stories in the U.S.A.” Re: Animal Farm, by George Orwell.

“A long, dull novel about an artist.” Re: Lust for Life, by Irving Stone.

“It contain unpleasant elements.” Re: The Picture of Dorian Gray, by Oscar Wilde.

Frederic Forsyth‘s The Day of the Jackal was rejected by nearly 50 publishers.

Agatha Christie’s The Mysterious Affair at Styles was rejected by six publishers.

Tom Clancy’s The Hunt for Red October was rejected by over two dozen publishers.

John Grisham’s A Time to Kill was turned down by 28 publishers.

Robert Pirsig’s Zen and the Art of Motorcycle Maintenance was rejected 121 times.

Margaret Mitchell’s Gone with the Wind was rejected 38 times.

The list goes on… As George Bernard Shaw said: “I object to publishers: the one service they have done me is to teach me to do without them. They combine commercial rascality with artistic touchiness and pettishness, without being either good business men or fine judges of literature. All that is necessary in the production of a book is an author and a bookseller, without the intermediate parasite.”
Posted by Unknown at 14:56:00 No comments:

“Like any powerful tool, while it is considered to be the key to changing our lives by some, others may consider it to be a weapon of mass destruction.”

“The power of literature over communities and societies cannot be denied. Good literature is able to plant something in the minds of individuals, which may unify and form masses that can start revolutions, overthrow dictators, change laws and tradition and reshape the future. That “something” is an idea and there is no doubt that literature is the most efficient way to get that idea out there and plant it into minds.”

… “there was a time [...] when books were considered to be enough “evidence” to arrest young people and imprison them for the crime of being corrupt and even an enemy of the state. There was a time [...] in the course of the world’s history, when books were read, hastily devoured, then burnt or buried deep in the ground, like dead bodies, with the fear of getting captured, thrown into prison, tortured and perhaps even murdered.” 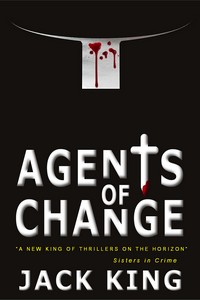 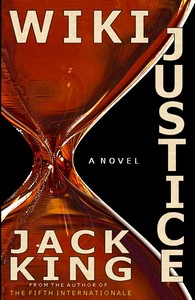 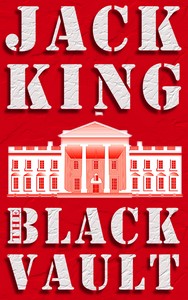 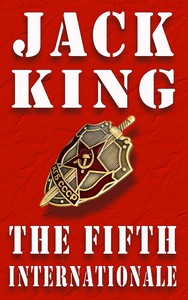 Join me on FB

Promote Your Page Too

Blog dedicated to reading and writing and their effects. Includes original content by SpyWriter Jack King, as well as interesting and related snippets from other sources (used in accordance with the Fair Use Policy). All copyrighted material remains the property of copyright holders. Let me know if you find offending content, and I shall consider removing it.